In the current meta, and the current environment, nature is healing and animals are running free. Wolves, bears, treants, boars, and other creatures are running around like they own the map. And they kind of do.

The heroes with the highest win rate in the Divine/Immortal tier are:

Bane. Other than Bane, these heroes are all zoo type heroes with summons.

So what is it about summons that makes them so powerful? How do you deal with push? In this article, we’ll examine the power of the zoo meta and strategies of dealing with them and their pushing abilities.

The strength of summons

Heroes like Lycan, Nature’s Prophet, Beastmaster, and others can jungle at a low level. If they have a rough start, they can always retreat into the jungle and catch up that way. It’s not a struggle to farm the jungle for these heroes, in fact, it’s one of their strengths.

Weaver, or similar heroes, jungling at level five is not a great time for them. Losing a lane and retreating into the jungle at a low level is a struggle and a huge loss.

The zoo heroes, on the other hand, use the jungle to accelerate their advantage. They can retreat into the jungle at level five and allow their support to have a solo lane. This way, the support gets free experience and gold, and the zoo hero can quickly farm the jungle so multiple heroes are benefiting, unlike other hero combinations.

The zoo heroes can also farm Ancient creeps at a low level, accelerating their experience even further. This is something a hero like Sven or Juggernaut or Bloodseeker wouldn’t even try to do until they have some items and a high level.

In pub games, we all know what it’s like to play 1v9. Not only are your enemies trying to kill you, but your teammates are trying to grief you as well. This is a tough situation to keep a positive mental attitude in especially when you’re playing a hero like

Pudge. There’s not much you can do without your team.

This is unlike the zoo heroes who have skill sets that allow them to play 1v9 decently. By focusing on pushing lanes and the base, and hoping your team can delay the enemy push, you can get barracks with your zoo army faster than they can push into your base.

Sometimes you gotta say screw it, and try and split push your way to victory. This is hard to do on a hero like

Vengeful Spirit but is a strength on

With summons, you don’t have to commit your body in a fight. A hero like Lycan or Beastmaster can control their units and Necronomicon units in a fight and use them to attack while staying in the backlines waiting for a good moment. This can cause panic in the enemy because dealing with boars, wolves, and Necronomicon units aren’t like fruit flies, they’re more like killer wasps.

Troll Warlord, and others have to commit their body in a fight if they want to do damage. Even if they’re doing a lot of damage, they’re still opening themselves to the possibility of a counter play like getting Black Holed or Dueled or Roared.

Lycan, Beastmaster, and Broodmother have the luxury of dancing around the outskirts of the fight to find the perfect opportunity while still doing damage with their summons.

These heroes can also push noncommittally. By sending summons to attack towers, they can sit back and watch you deal with the creeps rather than heroes. This opens the defender up to initiations rather than the other way around.

Strategies for dealing with zoo heroes and push

Outplay and outsmart them

Most heroes don’t have the skill set to deal with these zoo heroes which is why they’re winning most of the games. Countering their strengths on a hero like

Undying will be difficult unless they have no idea how to play their hero.

But you can try and predict their movements and beat them to it. This involves having game knowledge of how to play the map. You can refer to this post or this post to gain a better understanding of map control and how to deal with push.

You probably won’t be able to out split push a Lycan but you can try. If you’re one step ahead of the enemy, you’ll have a chance. Try to play on the opposite side of the map, keep lanes shoved in, and try and walk to places so you can save your TP scroll for something important.

Patience is key. They are pushing heroes, this means that they’ll eventually try and enter your high ground. When this happens, you’ll have your opportunity to defend.

If you rush them at your tier two tower and your team dies, then they’ll have an easy path to the high ground. If you just waited for them to push high ground, you’d have the high ground advantage. It’s much easier to defend high ground than low ground so if you can help it, just be patient and wait for the tier three push before you try and defend.

Pressure the other side of the map

If your team doesn’t have any push-type heroes, and you manage to trade a barracks for a barracks, that’s actually a huge win for you. If your defense is hopeless but you have an opportunity to take their barracks, you should take it.

They can’t push every lane. If they try, then they’ll put themselves in a disadvantageous spot somewhere, which you should try and jump on. Try to keep at least one wave pushed in so they don’t have total lane control and so you have an opportunity to push into their base.

Beating the zoo masters at their own game will be tough. There’s a reason why those heroes have the highest win rate in pub games at the moment. Their skill sets are more powerful than other heroes in this meta.

What you can try to do is use their own strategy against them, and take advantage of the opportunities this creates. Force some heroes to TP away from one side of the map, and then make plays where you know you have an advantage. Threaten their high ground so you aren’t just waiting for them to kill your base.

A new patch will soon come, but in the meantime, at least you know what will happen in your pubs if you see the zoo masters in your enemy’s draft. This article is pointless, you don't even give any actual counter play advice other than "it probably won't work, but you can try!". Useless. 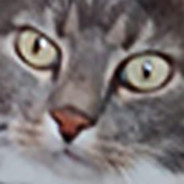 I don't think is an article about how to counter the zoo heroes. In fact you are just telling the things we are normally do to fight against pushers rather than effectiveness on against the pushers. You also forgot to mention about NP which literally push the lanes much effectively and zone out enemy nicely than BM. Yes he"s lacking on proper lockdown but still an insane talent since lv 10 is a serious threat. Probably change your title into something better rather than this imo. you guys are missing the point of the article, the best way to defeat the enemy is either to join them or understand them really well, if you understand zoo meta, as this article helps us to do, you will play better against them because you understand what they are trying to do. you win a lineup by out-zooing your enemy Just pick sven and BB, its counter them all in once. Trust me, im a lycan spammer and I admit it, whenever my team against Lycan. Just go pick directly sven, it makes them confused whenever storm hammer + agha destroy all of their units for the people who say this article is useless , it was written by a legend 4 pleb .
What do you expect... POS 3 ET is the meta

All you nonzoo players trying to give advice is cute. In order to counter the zoo you must first learn the zoo. Crowd control heroes work the best however most crowd control can be played around. The 2 that we cant play around are wyvern and earthshaker. CROWD CONTROL. This guy provides a in depth explanation why these summon heroes are strong in patch 7.26c which I think the article misses.
https://www.youtube.com/watch?v=48j1RYPCrqs I feel like the solutions to the zoo meta mentioned in this article are waaayy too basic and could be applied to practically every carry ever. Bad article. Obvious solutions would be : pick wyvern/shaker, play around shapeshift cooldown, draft insane amount of stuns. Jesus you guys are too toxic, he didn't say anything wrong or new, leave him alone