What Changed in Dota in the Past Year 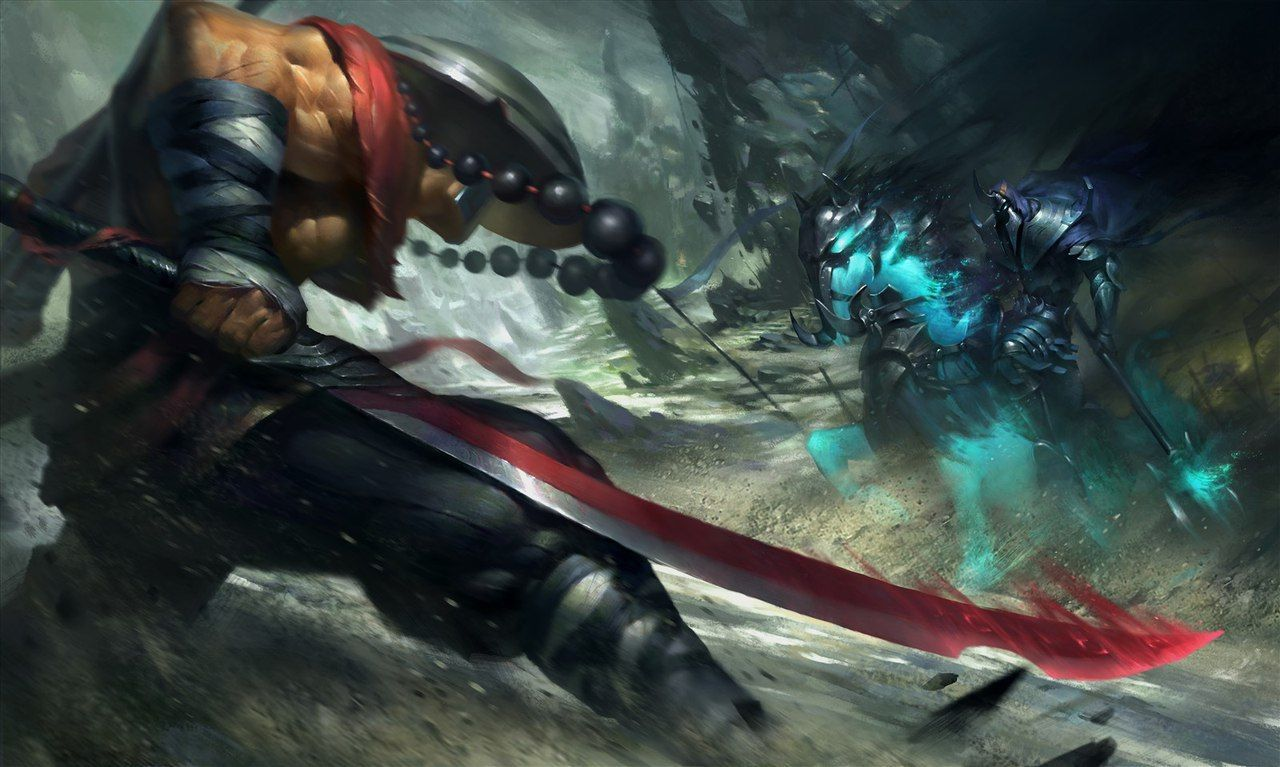 Social isolation got you feeling isolated? Quarantined and tired of counting the tiles in your kitchen? Well there’s a new game in town, it’s called Dota 2! Well, it’s not new but if you’re looking to start playing again since you’re stuck inside all day, it’s almost a new game, a lot has changed.

In this article, we’ll be covering some of the most prominent changes Dota 2 has seen in the past year so you can get excited about playing again.

A main driving force behind changes to the game has been to increase the quality of life for players. One of the most frustrating parts of the game (and in life) is sharing. Sharing one donkey to deliver items to five different players wasn’t the smoothest part of Dota.

It often led to griefing and it was a little tilting to have your courier taken and then die because your BKB didn’t get delivered.

Now that problem is solved. Everyone has their own courier now so you don’t have to share! Position 5s can now buy items from minute 0 without getting flamed now.

Couriers also level up when you do and gain flying abilities at level 5.

Now cores have no excuse for there not being wards on the map. Get your own free ward from your personal donkey and place them yourself!

If you kill an enemy ward, whoever placed the Sentry Ward gets the gold. So there are more ways that griefing is canceled. Having an Anti Mage blink in and use Battlefury on a ward you were auto attacking as Crystal Maiden to steal your gold can be tilting. Now you call over your Anti Mage to blink in and kill the ward so you can get out of there faster.

Everyone gets three TP scrolls at the start of the game.

One of the biggest changes to the game has been the addition of neutral items. Neutral items are items dropped by neutral creeps after you kill them and the items scale in effectiveness as the game progresses.

These items aren’t as impactful as you may think. They’re pretty useful in the best case.

Neutral items are another addition to promoting harmonious gameplay between teammates. Since the items are free and different items benefit different roles, you want to give these free items to your teammates because it helps your chance of winning when your team has more useful items.

Snapfire is a ranged strength hero that has emerged as a support. She had her moment as a very overpowered hero as discussed in this article but it seems like she has stopped being so strong recently.

Void Spirit is a melee intelligence hero who has emerged as a mid and core. He also had his moment as an overpowered hero but now his win rate is around 50%.

Both of these heroes are unique and fun to play. If you’re thinking of coming back, becoming good at these heroes could be a good idea since everyone is pretty new to them and you can quickly pick up a niche hero.

The map is always changing but the most prominent map changes have been the addition of Outposts. Outposts are buildings that reside in each team’s large jungle and they provide some vision, can be overtaken by each team, allow you to TP to it, and provide bonus XP every 10 minutes.

Shrines have been removed from the game. Shrines used to provide health and mana regeneration to those near it when it was activated.

On top of it, the most recent change also removed most net worth-based comeback mechanics from the game, instead increasing the kill streak Gold and XP bounties.

Heroes can now level to level 30. At level 30 all the talents are unlocked. This provides additional gameplay during super late game. By adding additional scaling in super late game, it can help players close out games that seem to be stalling forever.

GPM and XPM talents are also completely gone from the game. The only source of extra passive gold income is a Philosopher's Stone neutral item.

OG made history by repeating as TI champs. They broke a few curses: no repeat champs, no back to back champs, the East and West champion tradition, and winning with the same roster twice. This was quite the lucky fluke \s.

Team Nigma (formerly Team Liquid) cemented their status as lower bracket kings. Kuroky and co. have always been a great team that can beat anyone but their performance last year (and this year) has been up and down. But when it counts, they show up big time. Not many people expected them to make it to the Grand Finals at TI9 but they dominated the lower bracket to face off against OG.

Valve is also updating their DPC system once again. They’re moving to a regional system with three majors that lead into TI. This system is meant to help the tier 2+ scene because there will be 16 teams competing at each regional league.

All in all, a lot of these changes seem to be focused on promoting harmonious team play and removing things that promote tilting. Some issues of the game have been solved like super late games dragging on and allowing heroes to scale to level 30.

Valve is also finally showing support to growing the tier 2+ professional scene. There will be Valve supported leagues that bring fans Dota all year round and people with ambitions to becoming a Dota 2 pro will have more chances to improve their skills.

If you’re looking for something to do while self-isolating at home, why not try Dota 2 again? A lot has changed and many things have changed for the better.

Changes are more likely to impact the least favored position.

However a question need to be asked either for the better or worse? Is dota meant to be enjoyed as Competitive professional scene or casual player?
With dota still one of the most succesful WATCHED game on Twitch, Dota 2 player base are declining. The only place where nobody mentions Corona

This patch good except the increase on tp cost hurts support economy literally so hard. I wouldn't call OG back to back victories a fluke. Otherwise good article even though the kunkka virus has shut down the major and lead to social isolation, i feel it's done great things for dota with even more activity than usual. time to make the best of the worst

also it's hilarious that the cost of tp's is up in dota as much as the real world, i don't think it's an intended pun though. this has increase the value of town portal scrolls in game as well as changed it's dynamic to something more of a cool down since the price reduction not too long ago.

OG: how are you going to mention all of these niche 'record breaking' commendations then go out of your way to call OG's back to back wins a fluke? those wins, that team, are what they are. sure they broke trends, know that trends are not absolute. they are merely coincidence when you consider the authenticity and complexity in the game of DotA.

perhaps a less common thought : Luck does not exist beyond fantasy. stay woke

@jack it's about 5 gold less than sentry ward for every two teleport scrolls. Not everyone understood sarcasm pepega. TP scrolls should be back to 135g. Whiny support players are just cringe. TPs used to be 135g. Observer wards used to not stack with sentries, and used to cost 150g for a stack of two. TP scrolls went in your inventory, and there was no backpack. Sentry wards cost 200g for a stack of two. Observer wards only gave 50g bounty, and no XP. You only got 75 gpm passive gold, and AoE gold for supports was much less.

Yet support was still a very fun position to play, there were always enough supports in pubs, and nobody complained. Then the whiny zoomers started to play DotA and a few years later obs wards are free, sentries are 75g, both can be bought indivdually, there's a TP scroll slot, obs and sentry wards stack and give HUGE xp and gold bounties, the AoE gold and XP is insane and there's something like 90gpm of passive gold. And all the support heroes have been buffed through the roof. Yet you still complain about 90g TPs. Yikes...

I also really don't like the change to the gold bounty for wards as a support. The entire point of farm priority in the game is that my Anti-Mage uses gold more effectively than I do. That's the definition of a carry vs a support: I'm good early game, and he's good lategame, because he scales with gold better. That's why I use my gold on wards, and he uses his gold on items that make him huge.

I don't need the gold for the obs ward kill all the time. Sometimes I need it, and in that case I kill it. But I often used to give obs ward kills to my carry (or was given the obs ward kill by a support when I play core) and removing that from the game is really stupid. 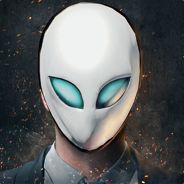 Dont start it, the author didnt mentioned the absolute garbage matchmaking and the abusive players and report system. Thank you for this. You should consider making it an yearly thing. It really helped a returning player like me to catch up to the biggest changes before watching the 4 hour long podcast from Purge. I will play about 10 bot games and a lot of single draft games before jumping to all pick, so the regulars are spared from my complete lack of knowledge of the changes. aikyu3 SuBi confirmed idiot. m3me frog make valid point, the QOL changes are actually quite great so appreciate that 135 -> 50g was a big change so 50->90 shouldnt be such a big deal what are you mentioning memefrog, there've been ENOUGH support player even back then?

If that is truly the case, then there won't be Role Ranked right now. Not everyone as masochist as you, playing solo queue as support, spending all your hard work to aid other person who you don't even know and then getting flamed and reported instead of being appreciated for a mere 25 mmr.

You are probably the luckiest person in the earth if you never meet any abusive carry flaming you every minutes when you work so ward to maintain the Obs and sentry with the meager gold you are having.

TP gold increase are a bit heavy, but still manageable, now support should stop spending TPs when walking from fountain so they didn't spent too much gold on TPS and so they have their TP ready in case of the mid getting ganked.

Also, try support like Spiritbreaker or NP offlane which don't need tp because it is a lot more valuable now