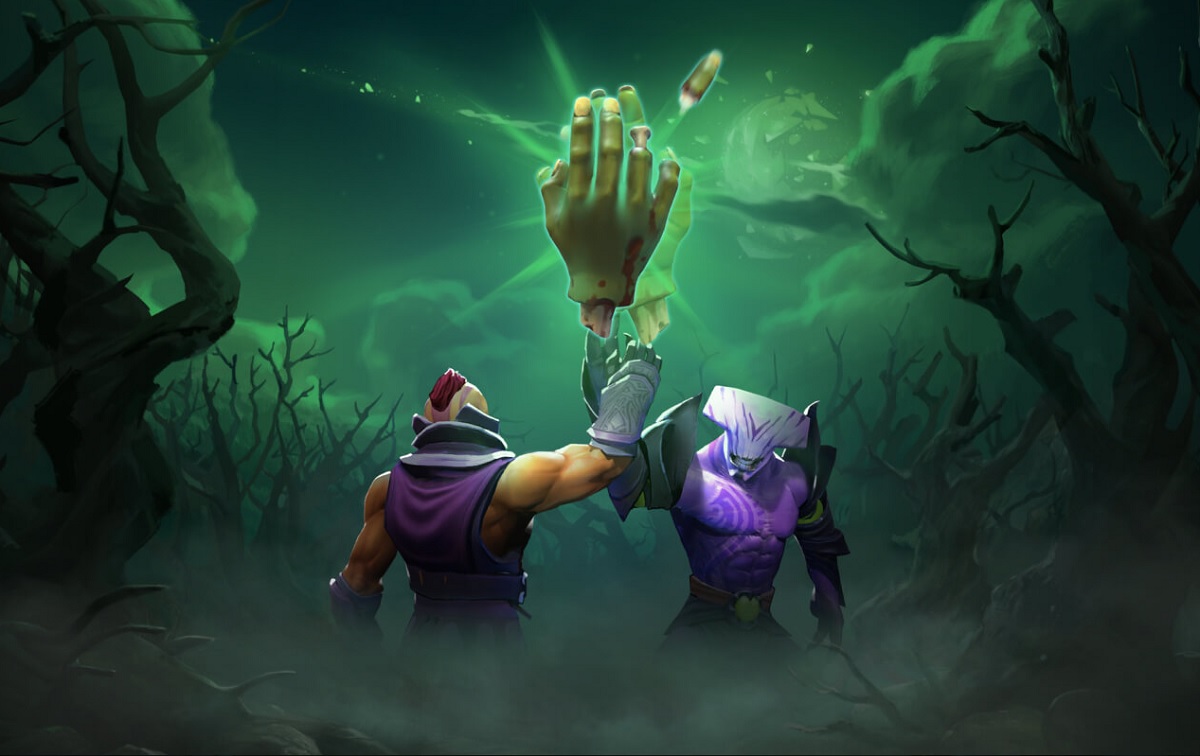 The bonus weeks are over and that means we can safely ignore Diretide and still get all the necessary stars. If, like us, you are experiencing a Diretide fatigue, this guide is for you: we are trying to find ways to make the star-collecting process as easy as possible.

The Pain is Real - Deal 10,000 damage to enemy buildings or heroes with illusions

This quest works in Co-Op bot matches, meaning you can simply pick Terrorblade, CK, PL or Naga and be done with it in a single game. The reason we would advise going this route is simple: with the amount of Leshrac and Pudge pickers in the game right now, playing an illusion hero can be quite problematic in normal pubs.

That said, this quest is extremely easy to complete in a single game even if you lose, so depending on how much you are willing to risk it, it might not be the worst idea. Naga Siren is by far the most successful Illusion hero in the meta right now, with a Manta Style, into Orchid, into Heart item progression, with Mage Slayer into Bloodthron build up later on.

This will probably take some time to complete, but it can be done in Co-Op bot matches, so it is not hard, just time-consuming. Slardar is probably your best bet, since he has a “25% chance bash”, kind of.

There are also Spirit Breaker and Faceless Void, but for some reason Faceless Void sometimes doesn’t count towards this tracker. His Aghanim’s Time Walk upgrade is also inconsistent, possibly for the same reason.

We would advise going the Slardar route and simply playing a couple of Bot matches. You can actually build Manta Style on the hero as well and it will progress you through the Illusion quest as well.

This one doesn’t need a dedicated strategy to work and should just happen naturally in winning games. It is also Co-Op bot match-completable, but beware that bots really love their runes for some reason. This is a fact that can and should be abused for other quests.

Can be completed in Co-Op bot matches, so can be done pretty easily, as long as you have a partner to high-five with. It will take a while and is quite tedious, but hey, at least it is not Diretide.

Given how playing Snowball is the strongest strategy, as getting people off snowball can be problematic and Snoballs deal quite a bit of damage, this one doesn’t restrict you into game-losing situations. That said, you need proper heroes for this.

The best hero for Diretide right now seems to be Spectre, who doesn’t even need to get off her snowball to be effective. It is really hard to connect a hit from Silver Edge on a snowballing Spectre, while killing her without break can be quite problematic.

Most importantly, she can almost always join a fight, no one will mind if she just farms Neutrals and her late-game prowess is immense. Pick Spectre, get on your snowball, build Radiance and Blade Mail, skipping boots and you will be fine.

What are your thoughts on Diretide? Are you waiting for the Aghanim’s Labyrinth next year or would you like Valve to create new custom game modes? Share your thoughts in the comment section below.

A quick tip for the rune quest in co-op bot matches:

DO NOT PING THE RUNES! That just tells the bots "take this rune". If a bot is going towards a rune, use the basic Ctrl+Shift ping on or near it, and that will tell them to back off, allowing you to grab it instead.

This doesn't always work, but it usually does, and often times, you may need to repeat the ping again and again, as the bots may back off for a bit, then just try going for that rune again.