Top Tier Carries in the Meta 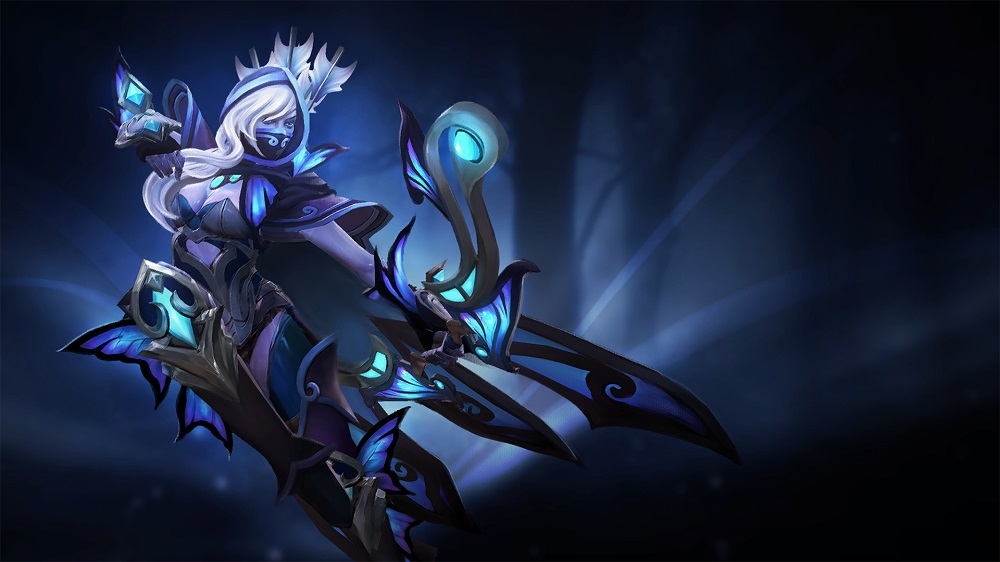 The amount of viable carry heroes is great in the current patch, but there are definitely the ones that stand out above the rest. Today, we are going to look at carries who overperformed in the professional scene.

The meta-defining carry of 7.27d. Faceless Void was picked closer to 200 times with a win rate of 60% in the last two months, making him by far the most reliable and successful pick.

The hero is a strong laner, not necessarily applying a lot of pressure, but capable of surviving under most circumstances. Come level six, he can start playing with his team, whenever Chronosphere is off cooldown. He fully comes online as a pretty strong DPS core with his second or third item and he is a late-game beast.

When played well and when the draft is built around Faceless Void, he is a scary hero to go up against. Heroes like Jakiro and Phoenix, who are among the better supports in the patch, combine really well with Faceless Void. At the same time, Void’s natural counters, like Naga Siren, while not necessarily weak, are not completely in the meta.

Given the current state of affairs, Faceless Void is almost guaranteed to get a nerf or two in the next patch. Perhaps indirect nerfs could also be a solution: Faceless Void relies on MoM to farm and deal damage in the early midgame and there is no other hero, who can use this item as effectively and as safely as Void can.

Terrorblade won a similar percent of his games as Faceless Void, but he has half the Void’s Popularity, barely reaching 100 games played. This probably qualifies him as a “situationally effective carry,” rather than a meta-defining one.

That said, situations where Terrorblade is a good pick are certainly not rare. He is exceptional at tanking physical damage in the later stages of the game. He farms very fast, can outpush multiple lanes simultaneously, and scales into an unkillable machine by minute 40. There are two main problems the hero is facing right now.

There are many magic-damage-based heroes in the meta; Zeus, Lina, Venomancer etc. are all great situational picks and they make Terrorblade’s life much harder. While the hero has tons of armor, his actual HP values are very low until the later stages of the game. Most of the time he can’t actively participate in the fights before he gets at least a couple of items.

The second big problem is how good MKB is right now. Most carries want this item in their build at one point or another. Doubly so against Terrorblade. Faceless Void, Lifestealer, Windranger, and many more right-clicking heroes even go for MKB as one of their first items, when they see an opportunity to abuse the magic damage procs.

That doesn’t mean that the game is over for Terrorblade, once the enemy gets this item, but he can’t function as a fully independent core even late in the game. He will need some set-up to deal damage and will need some save, to be able to live through enemy BKB to use Sunder.

There is quite a bit of a gap between the first two heroes and Drow Ranger: the latter won only 54% of her games. Still, an impressive statistics for a hero who was picked over a hundred times and is widely regarded as highly situational.

We feel like Drow Ranger is good right now because the current meta revolves around agility carries and that makes her Marksmanship very effective. Being able to deal, essentially, pure damage is a massive bonus. The reason she doesn’t win more of her games is two-fold.

First is that there are many non-agility cores in the game: heroes like Sven and Lifestealer are both popular and quite effective, and their bonus armor doesn’t allow Drow Ranger to quickly dispatch her enemy. The bonus is still noticeable, but it is not critical, as it can be in games versus Terrorblade with his 30+ armor and sub-2000 HP.

The second problem is that even when the enemy carry is a juicy, EHP-based target, Drow Ranger still needs her team to create conditions under which she can attack uninterrupted. Any initiation on her can be fatal or force her to retreat, and in well-coordinated professional games players fully understand it. The hero is at its best when drafted into a team of at least two frontline heroes who can lock down the enemy: most often we see Drow Ranger with heroes like Clockwerk, Tidehunter, Mars, and Centaur.

Overall, it means that while the hero is undeniably strong, she is not going to be exceptional in pubs until higher levels of play, where every single player understands his role and teamfight goals. That said, she can be great in party games, regardless of the level of players.

There are many more heroes worth discussing, but these three carries stand out the most in the current patch. They have very different playstyles and overall gameplay, once again indicating that the patch allows for a variety of different strategies.

What carry did you have the most success on? Is there some unconventional build you are doing on an off-meta hero that propels him to success in your games? Share your stories with us in the comment section below. Omg... dogshit tier... Looks like someone does not play dota for a while @kawaii great article, also in future, if you could compare some of them spec,pa,am,tb... with each other (who has advantage under which condition, duel,..) just like the last post about items, it would be great

Drow strong only as TB counter.

Sven is too universal pick (just few counters, which are nerfed now - like troll/naix) and it is too strong to be so universal. Strong at line - good regen, good animation, good MS, fast farm, very mobile with aghs, good disable, good initiation, lot of damage with ult (2k crit with only daedalus as damage item), good enough survability, good buff for team, can be played as hard-carry, as early playmaker for greedy mider, and main change - dispell. It is crazy with aghs, when sven fly through all screen and you cant be saved from that with eul/ghost/glimmer/etc. And yeah - say goodbye to windrun too, when you hear that stun.
And main problem - sven very easy to play, no specific mechanics, no micro, no problems. Something like WK before, but more stronger due to farm speed. I'll tell you who isn't feeling so viable these days is Naga. Sadly it's like the frog eventually brings the hammer down on everything I love. First they came for Visage's birds and eventually took his helm, then they made a melee creep out of Alc, then they turned Naga's heart into a regen item. Sure Skaadi, Satanic, and Abyssal all fill a void but it just ain't the same, man. It just ain't the same. Definitely not that good.

How did Sven not make this list? You can piss on your keyboard and still win with this hero. dude this is for proffesional scene not the whole pub.

am is 60% ban rate in divine bracket. yet not mentioned lol AM is sadly overrated and getting banned in most games. His winrate is merely 46-47% and trending downwards.

no recommend AM, JUGG ? it always top 3 , shit polls AM is more likely to be auto-banned.

Archon rule #1: flame kawaiisocks when their favorite & most played yet 30% win rate hero is not mentioned in a Dotabuff article. Um how about jugger or sven, they both get a sceptre that pretty much improve their mobility during fights, which is amazing. and they also scale amazingly well with MOM, which you entirely forgot to mention... lets not talk about their winrate RN, but they are definetly more versatile than FV.

@RDK
That's called "MM balance".
When we win in party, we have games like this https://ru.dotabuff.com/matches/5599983335 (check pugna). At least, that pugna played not from twink.

50% winrate on hero while whole acc is near 30% for few last patches is okay, i think.

(and sven is not feels like good mid hero).