One Week After Patch: First Trends

It’s been a week since Valve released a hero balancing patch and now is the right time to look at first emerging trends. The patch itself was pretty interesting, reverting some of the changes made to the heroes over the last couple of years, but is the result a better, more interesting game?

Heroes who finally got buffed

Some time ago we discussed several heroes, who could really use a buff, after being absent from high-level meta for quite some time. These heroes were, indeed, buffed in a slightly more straightforward fashion than we assumed, but it was a step in the right direction nonetheless.

Sven currently wins almost 52% of his games across all brackets and almost reaches the “perfect” 50% in Divine+ games. 40 seconds of God’s Strength and extra movement speed certainly helped the hero, and while it is still too early to say that he is back in form, he is not completely unplayable as he was for the last year or so. In fact, we fully expect him to make an appearance in the professional scene, since his acceleration through jungle farming fits the current meta quite well.

Phantom Assassin was also buffed, receiving some extra base damage for better laning as well as some talent reworks, but it doesn’t look like enough. The hero might have reached a decent 48% win rate in Divine+, but with so many viable options in the game, there is little to no reason to pick the character outside of personal preference. There are heroes who do PA’s job better than PA, while being less vulnerable. On the bright side — despite pretty straightforward power level buffs, PA didn’t suddenly start crushing lower level games.

Finally, there is Leshrac, who is suddenly relevant in the highest level bracket: 52% win rate in the last week is a much better performance than previously, though the popularity of the hero is still pretty low. Extra three damage at the start now allows Leshrac to lane better in a 1v1 situation, which is a big deal in Divine+ games, since it now increases the number of games where Leshrac can fully skip Lightning Strike in the beginning, to commit to pushing and farming. Lightning Strike itself was also buffed through talents and while the utility from it is still pretty questionable, it is a much better ability past level 20 on the hero.

Biggest Winners of the Patch

Clinkz was certainly among the biggest winners of the patch, even after the bug with illusion Death Pact got fixed. The hero still wins almost 53% of his games in the highest level bracket, and it doesn’t look like he is going to stop. What is perhaps more important, the hero got his identity back: while Burning Army is still an option for when team fights become a must, Clinkz is firmly an assassin-type hero once again. As we all know quite well, these types of heroes definitely excel in the pub environment and perhaps we are even going to see more Clinkz picked in the professional scene.

Juggernaut, one of the most iconic Dota 2 heroes, also got buffed: his ultimate now grants +40 Attack Speed at the small expense of the Attack Rate modifier, which means the ultimate is considerably better at early levels and isn’t much worse at the later stages of the game. This was, essentially, the only notable change to a typical right-click Juggernaut, but it looks like it was enough. Or perhaps, the magic damage Juggernaut, made stronger through talents, made the hero flexible enough to showcase his prowess even in the highest level bracket: Bladefury can now deal 300 damage per second with the appropriate talent and it works wonders against high-armor targets Juggernaut typically struggled against.

Finally, there is Magnus, who always heralds the return of melee meta: Empower is now back as a pretty strong acceleration ability for your teammates. Sure, it is a far cry from several years prior, but getting a third of your damage as cleave works wonders in a meta, where farming is once again a priority and where stacking is incredibly important. Add to it the buffs to Skewer and Shockwave and you get a hero who is a stronger independent piece, helps his team better, and is incredibly flexible; while the hero is still primarily played as a mid or offlane core, there are some experiments with position four Magnus.

Biggest Losers of the Patch

Bloodseeker is now a lot more similar to how he was back in the day and it’s not a good look. The game definitely has progressed since then, and Bloodseeker in his current form feels distinctly out of place. It is hard to pinpoint exactly what made the hero suddenly lose almost 60% of his games in Divine+, since on paper there are some quite powerful combinations with the hero, but they do require some almost-perfect coordination to be effective. Perhaps a new build, based off of his magic damage amplification might work, but until such build is created or the hero receives some buffs, we would advise against playing him in any bracket.

On paper, the new Medusa is stronger: her new (old) Split-Shot results in her dealing 400% of her damage, while the old (new) one dealt “only” 325% of it. In practice, the effectiveness of this damage has definitely been stifled. Being able to deal your full damage to a priority target, while softening up other targets around it, made Medusa a lot easier to use effectively. Now, the trade-off is just too much. A lot of the game revolves around being able to focus down a priority target over a duration of a stun, and Split-Shot is now strictly worse in that regard.

Finally, there is Ursa, who has been finally tamed: Earthshock is no longer as obnoxious in lane and doesn’t slow as much, Enrage now has a much longer cooldown at early levels and these two changes combined no longer allow Ursa to be the most dominant force on the map in the first 20 minutes of the game. He is still strong, just not strong enough to essentially force the whole enemy team to cover in fear and skip farming. That is a good change and while the hero did lose almost 4% win rate, he is still a viable choice in most pubs: perhaps not in the highest level bracket and most likely not in the professional scene, but he’s been a staple there for a bit too long.

Nostalgia is, perhaps, the main theme of this balance patch: many heroes got reworked into previous versions of themselves. Whether it is a good thing or not is hard to say: on one hand, some heroes got their identity back and are now even more distinct. On the other: some of the previous concepts no longer work, since the general level of play is ever-progressing.

What are your thoughts on the patch? Do you think Valve made a correct decision, reverting some of the changes of the last several years? What hero would you like to see getting reworked back to his roots? I want old Undying Flesh Golem aura back. Increase the cooldown or whatever, I just hate how the focus is Tombstone or even Soul Rip now. Flesh Golem has never had power befitting how sweet some of the models are.

Over all it feels like a good patch; the subsequent tweak patches will help everything feel rounded out.

The only two changes I can't understand are the changes to Razor and Bloodseeker.

Bloodseeker lost so much damage by removing his physical damage amp. You've got to wonder why he lost that without it being replaced somehow. Also, swapping the healing element of Bloodrage with the attack speed in Thirst has made him slower to get online. You now need to prioritise both equally. Then on top of all that he's constantly hurting himself when self buffing.

Its an odd set of changes an BS is likely to be in a weird place for a while.

Razor's change is just sad though, with the change to storm surge why didn't they bring back unstable current? Having a passive that only increases his movement speed is boring. 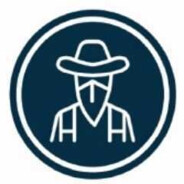 i want LS's passive back ASAP, and i mean it ASAP!!!

Bloodseeker magic build is actually needed on his prior patch as well because the previous ability buffed all damage including magic by 30%. Current ability buffs it by 24%.

And you still are giving up 22.5% of your max hp every time you cast it.

Imagine if veil cost 20% of your hp each time you activate it - nobody would ever buy it. Same with bloodseeker.

Clinkz btw has a skill which buffs his attack speed by more than bloodseeker for almost as long and it has no downside, indeed it actually buffs him furthe by giving him 100% evasion. ^^ For a moment I thought Razor 3rd skill also shocks the enemy whenever a spell is cast on him. Then when I looked back at the skill description, I realized you are right. But I think idiots in the game help us win some matches. The bloodseeker, razor, and undying changes are disappointing, but I think at least bs with some experimentation can play offlane / pos 4 support. The bloodrage is too hurtful for bs to be a useful damage core, but if you put it on allies who can make good use of it, it might be a good supporting buff (eg. sniper, zeus, wraith king), especially since it still stacks with veil. And making thirst give life recovery allows him to trade better as a support in lane, since you're healing everytime your carry last hits.
Razor is just garbage now, with his ulti no longer passively dealing aoe damage he can't even farm that fast so I have no idea what icefrog wants him to do. Mayb a pos 4 support / pos 3 as well? Be in some kill lane against a melee carry perhaps?
I've hated undying's ulti ever since it became that 'you need to attack people in order for it to do anything'. Undying is going to be played as a pos 4 / 5 most of the time, you have no gap closers, you have no attack speed, there's no way you can just enter a fight and start right clicking everyone, and then you have no farming abilities so if it drags to late game you are mostly useless, in terms of 'tanky support who can deal damage and heal' people will always go for phoenix instead, so undying needs some obvious buffs before people consider him I think. Od needs to have int steal back, the hero has been so nerfed in the last years, that made him unplayable. Being able to steal int again would bring him back. (If silencer does it, why not od?).