The time to announce our winner has come. We had to make some really hard choices, and we present you with:

This guide has everything - great tips for new and veteran players alike, entertaining jokes and it goes over pretty much every scenario a player can be faced with. We believe it deserves its own Blog post and will do it in the nearest future.

These guides were almost as good as the Luna Guide by Satellizer. We have decided to give out two extra prizes for the second and third place - a free month of our "Plus" account subscription.

This guide was probably one of the most extensive and well written Invoker guides in the history of Dota, done by one of the best Invoker players in the world. We really loved it. It could be just a little bit more entertaining, if anything.

Io is not a very popular hero. Since the nerf it has almost completely vanished from the competitive scene, let alone public matchmaking. This guide, on the other hand, provides so much theoretical knowledge on the hero that we immediately wanted to try it out in practice. We really wish it was a bit prettier though.

Everything has a price... - a Bounty Hunter Guide by Sampson

Science in Action. - a Tinker Guide by Sano

Your life is mine now! - a Lifestealer Guide by Sam F*ckin' Peckinpah

Promoting the Omnipresence! - an Omniknight Guide by Wink

Who's that Handsome Devil? - a Strom Spirit Guide by Farmer

King of Dirt - a Meepo Guide by Blunt @ Fnatic

Come at Me Bro. - a Treant Protector Guide by Avidity

One of the submission really stood out: iwin4poland's Video Guides. Even though they were not in the format proposed by the competition, we have decided that this amazing work deserved some credit and awarded him with 1 month of our "Plus" subscription!

I would like to say Thank You to all the participants - all of the guides submitted to the competition very truly great! And we never expected the community to react so well and in such quantities.

Choosing the Winner was an exhausting, yet interesting task and we tried our best to remain impartial. For those of you who did not quite make it to the top we wish all the best in the next guide competition we will have at some point in the future.

Also, I would like to point out that the reason we have decided to restrict the voting to the members of staff, is because our community page on Facebook is still rather small, and we can't allow for the community vote that would be legitimate. If you like what we are doing - please like us on Facebook. This way you will not miss on new interesting Blogs and Competitions.

Thank you for Reading! Is this a grats thread? Grats. I disagree with valuing presentation and humour over content, as the purpose of guides isn't to be funny or to look good. When you read a guide, you're not there to laugh – if you wanted to laugh you'd be reading something else. (Because that Invoker guide is seriously extensive and helpful beyond anything I expected of someone writing for free.) But I don't make the decisions, so whatever. Grimorum is one of the best (if not the best) Invoker players around, and Invoker is the most complex hero on dota, taking months to years to master, while Luna is your typical agi carry.

I tried making it entertaining because people get bored from reading wall of texts ): 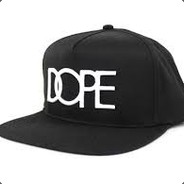 omg the winner is a 2k scrub I dont believe it 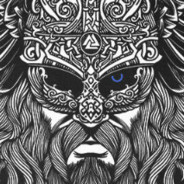 Cool, thanks for the plus 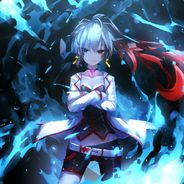 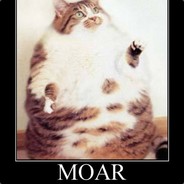 Ur 2k really? Surprised with all those wins! Don't matter though! :D You are a winnah!!! The Luna guide is indeed funny, and quite helpful, but you could really have talked more about things. For instance, Luna is not a hard to play hero, as you suggested in your intro. This can be seen in her extremely high pub winrate. Her two actives are unit target or no target (with the unit target one having insane range).

Sure she has no escape mechanism but that doesn't make her hard to play, because with a BKB she can just charge into the fray and eclipse and whatever, unlike Sniper and Drow which need careful positioning, or Morphling which needs to decide when to push alone and when to teamfight. Notice how heroes with escape mechanisms like Morphling, Queen of Pain, Anti-Mage, Puck, Storm Spirit, Ember Spirit, etc. have extremely low winrates? That's because these escape mechanisms are harder to use than relying on your massive speed as well as powerful abilities to stand and fight (because if you don't have an escape mechanism ability like blink you have 1 more ability than them if we ignore the escape mechanism. Her ultimate timing is the only thing remotely difficult but that's about as hard as Omnislash and messing it up (which it's pretty hard to – don't use it alone and you're going to do some damage) is definitely not as terrible as a messed up Chronosphere.

If I put my mind to it, I could have wrote more extensively about Luna, not because I'm better than you, but because there's more to say. Obviously Invoker has more to say but Grimorium was extremely well-rounded in all his explanations and even provided history of how Invoker worked and commented on the new changes. One of the reasons why Luna is such a high-winrate hero that's also viable in competitive is because since 6.68 she's been buffed… and buffed… and buffed. You could have commented on Luna's excellent Night Vision – something only Slark and Night Stalker share after then 6.79 Night Vision nerfs (and the 6.8 Alch one), which actually makes her easier since she requires less map awareness and is much harder to gank during the night, which is when most people attempt ganks. You could also elaborate that she actually is the single hero in the game with the most movement speed, and the only one that outspeeds creeps, thus is very good at creepblocking – she's the only hero where I never mess up the safelane block. You could have elaborated on Luna's long cast animation – it's not as game-changing as Earthshaker's or Leshrac's but that means Lucent Beam doesn't function that well as a catching up tool if your teammates aren't around since Luna has a 0.6 cast animation and Lucent Beam stuns for the same time, so if your Lucent Beam is level 1 or late game it might better just chasing them with your movement speed and hitting them with your autoattack. Luna's 0.4 turnrate, the worst, also means it's a bad idea to try and use Lucent Beam to slow chasers down because it's gonna slow you down even more. Literally. Also, as a public service announcement, you probably should have talked trash on Valve's recommended Poor Man's Shield item.

And seriously, Luna's not that frail. 15 starting strength sucks but 3 starting armour doesn't, and 1.9 Str gain doesn't that much either. Coupled with that movement speed she's not that frail. Compare with Grimorium's detail to Invoker – he says Invoker is the most vulnerable hero at level 1, and gives good reasons – 280 movespeed and no spell like Crystal Maiden to run away with.

Thought most of your content is correct and funny, you definitely could have justified your reasoning more with specific examples – every single hero requires decision making! That doesn't make every single hero harder than others! Luna's decision making is actually relatively easy since mistakes aren't as punishable as a mistake Spectre makes by reality-ing in or Phantom Assassin blinking in. If she uses Lucent Beam, runs forward a bit, and sees the enemy has reinforcements, oh no, what do I do, I'll just run away. And unless the opponent is a highly levelled Razor or Death Prophet, or has a Blink Dagger, they're not going to catch up. If they do have those levels/enough money for Blink and you don't have a BKB it's your farm problem not Luna's decision making difficulty. (Unless it's a Qop blinking in but you just kill her instantly if she doesn't have teammates, just walk out of the way of her ult. Literally.)

So, your guide is definitely not bad, and it is definitely funny, and it is absolutely not my decision to make on who's the winner, so congratulations (again – it sounds like some ritual now), but you really could have added in extra information even to this seemingly easy hero, and justify your existing reasoning more. Some were good, like why Mjollnir isn't recommended; you're right about Moon Glaives being enough to clear creeps. But again, you could have talked about why she's hard to play (I can't give you evidence arguing for that because I don't think that's true). And back up saying Luna is frail with statistics (which again I disagree with because 1.9 Str gain is really not that bad), because seriously, it's like half the heroes are frail and half the heroes are tanky in all the guides I read but people forget that there are people in the middle ground who can get killed quite easily but are able to avoid that, either due to your 330 starting movespeed, escape mechanisms, or a 2.5/2.6 Str gains (Warlock/Windrunner/Venge has those Str gains fro some reason). Okay, what's meant to be my concluding paragraph is rambling again, but basically, I disagree with the fact that Luna being an easy hero disallows you to write comprehensively about her.

No colours and formatting because you expected them after my last post?

Oh yea, I forgot about a lot of things as you said, thanks for pointing them out. I am really sorry my guide did not reach your expectations, but I tried :[

This was my first guide, afaik Grim has written a lot of guides already.

It's fine! I'm not hating on you or anything. And it was pretty funny. It's just that I expected the winning guide to be more comprehensive. (Because, no offense again, I didn't learn anything new from your Luna guide, though that's not really your fault because I've played Luna quite a lot.)

No no, I am really grateful you spent some time reading my guide.

You helped me a lot pointing things out, I will be improving the guide asap. (I'm just too tired right now, and I gotta ask KawaiiSocks if I can modify things)

also, I forgot to add a stacking section.

As it has been mentioned already, the Luna guide pretty good, but Grimorum's Invoker guide is just simply better. A guide is supposed to be insightful and deeply analytical. After all, the players who could be learning from the Luna guide probably have never even heard of this site (because they don't take the game that seriously enough to look at sites with statistics), while everyone can learn something from Grimorum's guide (and it wasn't just a block of text, it had coloring, highlights, bulleting, pictures, videos - to make it easier to read, while keeping the focus on the content). A bit disappointed that they mixed up the 1st and 2nd place, but other than that, it was a good competition. Can't wait for the next one :) gee gee guys, i was quite sure Grimorum would win but its cool to see so many guides anyway.
Now, if we could just get some sub sections in the forum to avoid bloating :) I would just like to point out that it is 10000x easier to make a invoker guide complex than any other hero because of all of his spells. Thank you for the mention! :D I will make it prettier soon I only had 2 days to write it and it was my exam week.